RISC-V defines its memory model (RVWMO) in the context of 3 orderings:

This diagram is an abstract example, but the key points are illustrated: memory operations appear to perform sequentially in the context of a single hart, but may not be observed in the same order globally. RVWMO defines which operations in a program order are respected globally.

RVWMO is specified by a series of preserved program order rules in the following categories: 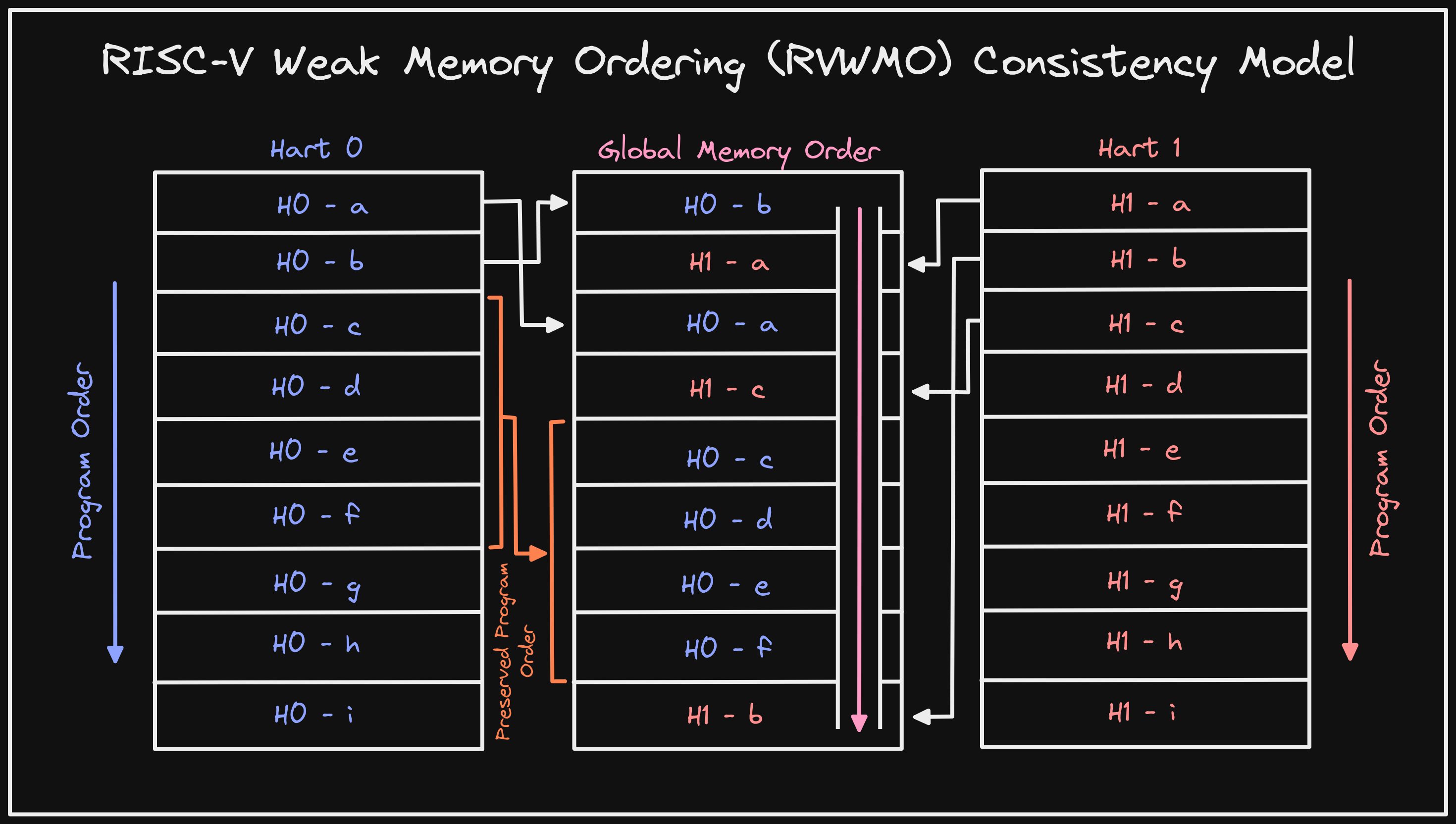